"Desi" is our brown miniature girl. She is very sweet girl who loved to lay in my Husband's lap and ride with him in his wheelchair.

Desi finished her AKC Championship at 9 months old in July 2017.

Kitchel is the daughter of our Foundation silver boy, "Ben" (U-GRCH Classic Been There Done That CD RN)
She has lived with Kelsey since she was a puppy and still maintains her title as the Queen of the household. She finished her UKC Champion and Grand Champion title in 2005 and was in the Top Ten for Standard Poodles in UKC in 2005. In 2006 she won Best In Specialty Show at the UPBA Poodle Specialty.  After "retiring" from the show ring, in 2011 she went back to compete in UKC's new Altered shows where she won 2 Altered Best in Show and an Altered Reserve Best in Show.

She is the mother of our Rune & Tammy 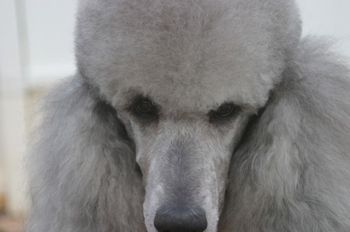 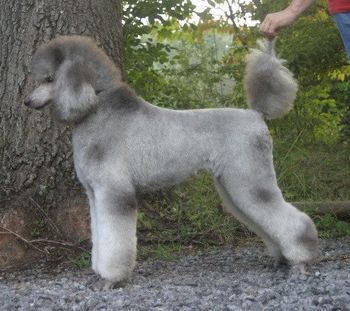 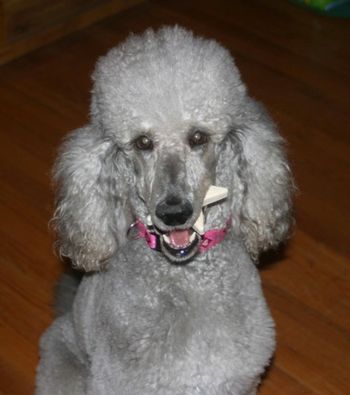 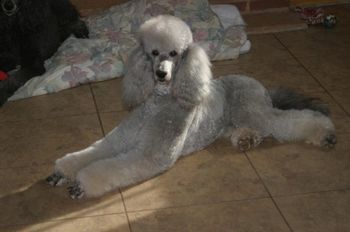 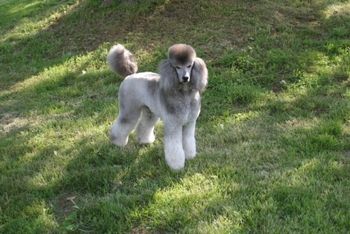 OFA Health Testing
CHIC#: 55869
"GiGi" is from our 2006 litter out of our "Levi" (UWP U-GRCH Sisco's I Like It Like That) and "Ivy" (U-GRCH Windswept Benet Charmed). She is a littermate to "Bret" (AM CH U-GRCH Tintlet Wisecracking Gambler)

GiGi was the only girl out of 5 puppies and was nicknamed "Girly Girl", which was later shortened to "GiGi".  In Fall of 2007 GiGi began her UKC show career, completed both her UKC Champion and Grand Champion title. In 2008 she competed at the UKC Premier dog show in MI, winning Best of Poodle Breeds at the MCPCA Poodle Specialty, and later that year won Best in Multi Breed Show. She finished #8 in the Top Ten Standard Poodles in UKC. Her last show was in 2009, where she again won Best of Poodle Breeds at the UPBA Poodle Specialty.

GiGi is the mother to "Kachina" and "Layla". 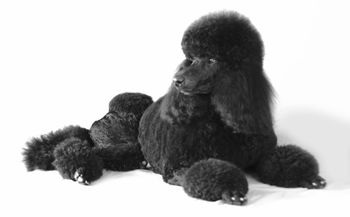 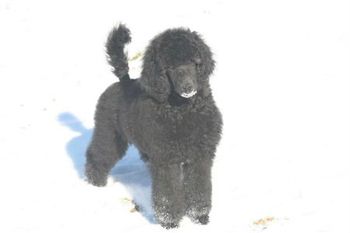